David is of Ngapuhi and Ngati Paoa descent. Growing up in Tokoroa and Kororareka, David left school when he was 16, joining the Navy when he was 18 where he remained for four years.

David has a Masters Degree in Design from Victoria University, School of Architecture and Design – Wellington, where he worked with traditional methods of woodwork and metalwork in conjunction with the latest technologies such as cnc technology, laser cutters and 3D printers.

David is a member of the Victoria University’s Te Ropu Awhina Whanau which focuses on producing Maori and Pacific science, engineering, architecture and design professionals who will go on to contribute to the development of their communities. In 2008 David received a Te Waka Toi Creative New Zealand grant to manufacture some designs, which has since opened doors receiving an award in the New Zealand Dowse 2010 Student Awards for one of his lighting designs. In 2013 David received a Creative New Zeraland grant for his latest furniture range to feature in the 26th annual International Contemporary Furniture Fair, North America’s platform for global design.

David aims to develop new ways of expressing history by marrying contemporary design technologies with the tradition of Maori story telling. He hopes that his historically and culturally grounded approach will offer new ways of contemporary Maori connecting with their history. David wants to create his own design practice and promote a critical discourse he believes will help create a foundation for further development within a Maori creative practice.

“This work gives me the opportunity to show people how contemporary design and Maori culture can be combined to create something visually innovative but with the same high level of integrity and importance that the original art forms of Maori have always displayed.” 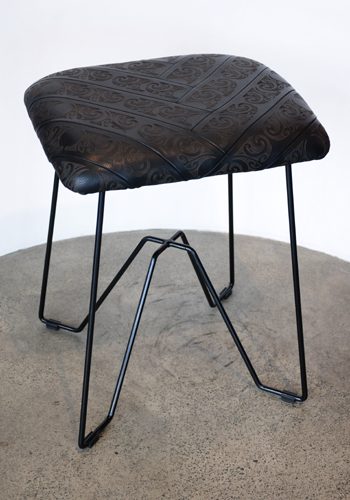