‘‘The content of my art practice is based on an awareness of ancestry, all those before me, their art forms, how and why they made what they did. The print process has become for me, a favoured tool to communicate thoughts about the past and future of the world we inhabit.
As a Maori print-maker I’m intrigued by Aotearoa’s (NZ) history of print, and the interest in print by Maori during early years of contact. Thinking what it might mean to suddenly have symbols for sounds – a mark making reo, another way to ‘kanohi ki te kanohi’ eyeballing a paper that could ‘talk’, and the impact this process has wrought on our history.
The layering of textures and images are my interpretation of the many layers of connectedness we have to each other and to the world around us, sometimes including the influences of past actions and possible futures affecting the present.’

Known for printmaking, but also working in other 2D formats, since 2002 Belz’s design work for public spaces around Auckland and Manukau has included parks furniture, inlays for paving, murals, and applications on glass walls. The inspiration is people, identity, the land, our history, and environments.

A founding member of Toi Whakataa – Maori print Collective she is a committee member of Te Atinga, the visual arts committee of Toi Maori Aotearoa.
In 2015 she was invited to be part of Te Kowhai Print Trust’s “Printapalooza”, full sheet woodcuts using a steam roller to take the print, the project involved several print-makers with plenty of community interaction on the day of printing.

Recently relocated to Taranaki and setting up Gallery Patea with a local fellow artist, Gabrielle has had a long career in the visual arts working as an arts educator during the 80’s and 90’s, and by the early 90’s beginning to co-ordinate and curate exhibitions, taking part in international print exchanges, while exhibiting widely in NZ and overseas. She has been part of cultural exchanges in the US, Samoa, Australia, Hawaii and Canada. Her work is represented in public collections: the NZ Justice Department, The Sarjeant Gallery Whanganui, Pataka Gallery in Porirua Wellington, the Auckland City Council Collection, the Benneton Monde Project Collection, and in private collections in NZ and countries in Northern and Southern hemispheres. 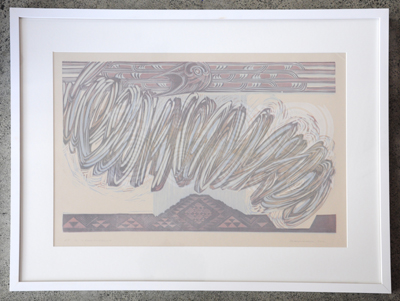 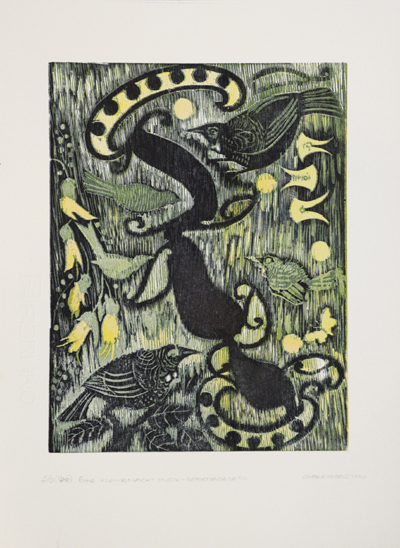 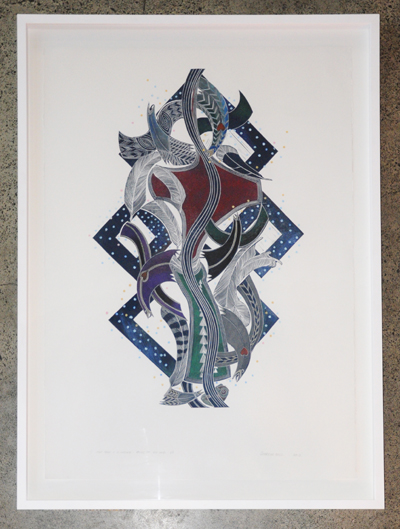 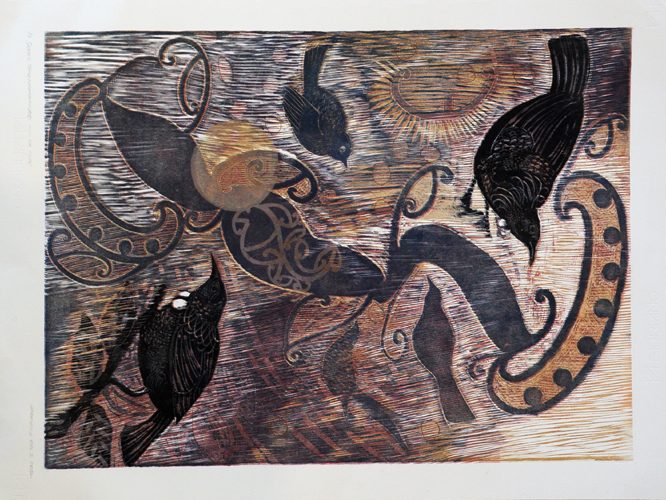 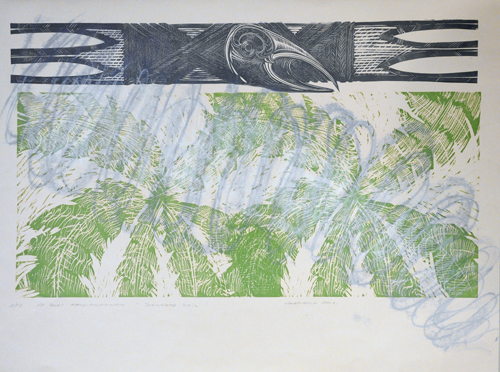 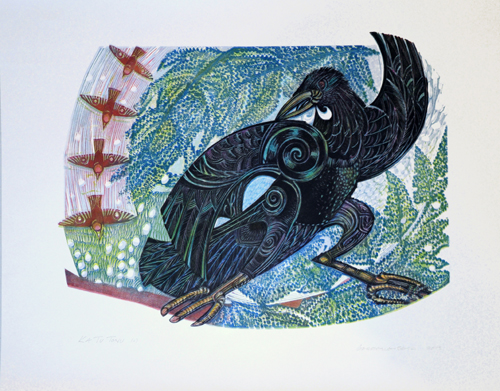 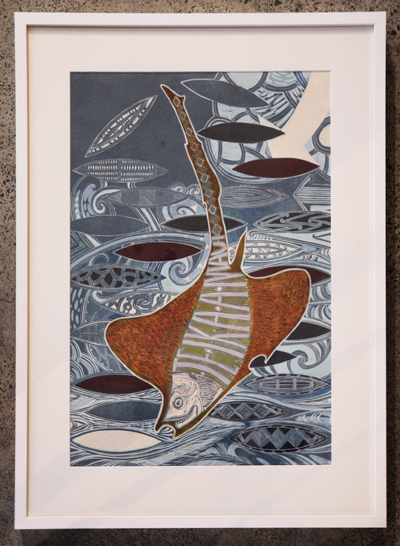 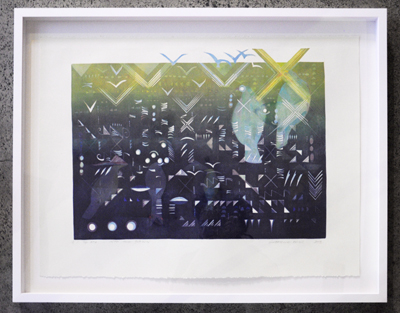