Kathryn was born in England and came to New Zealand as a small child. She was highly influenced by her artistic father when growing up and was encouraged to try many different forms of craft before she finally decided on the medium of painting.

Kathryn is influenced by the Pacific lifestyle landscape which can be seen through many of her paintings. She mainly works in acrylic with layers of colour and texture which adds a further depth to her work.

Kathryn is now settled in Nelson and for the past ten years has exhibited in many successful showcases and exhibitions throughout New Zealand. A majority of her work is also in many private collections throughout the world.

She has recently been involved in W.O.W. (World of Wearable Art) in designing and manufacturing a range of limited edition jewellery. 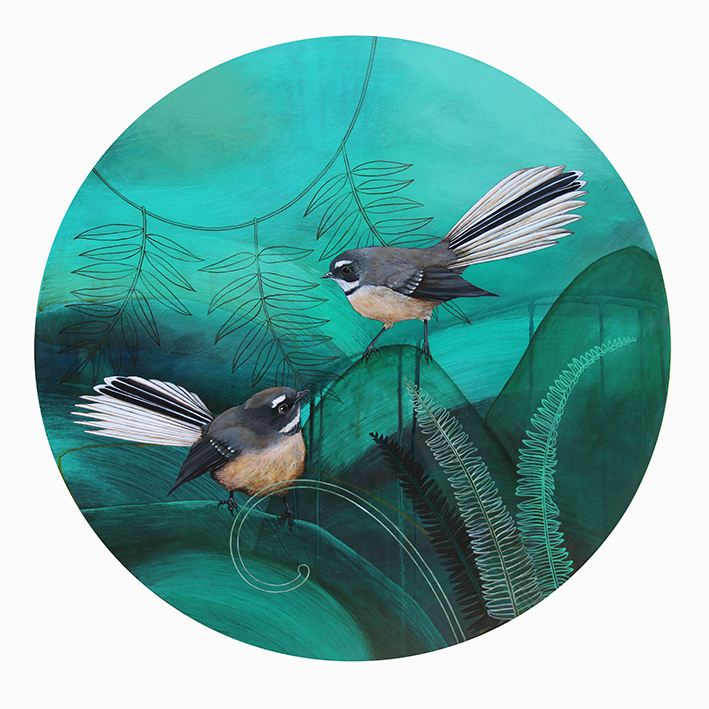 When I Found You AW

Korimako and the Fern Necklace AW 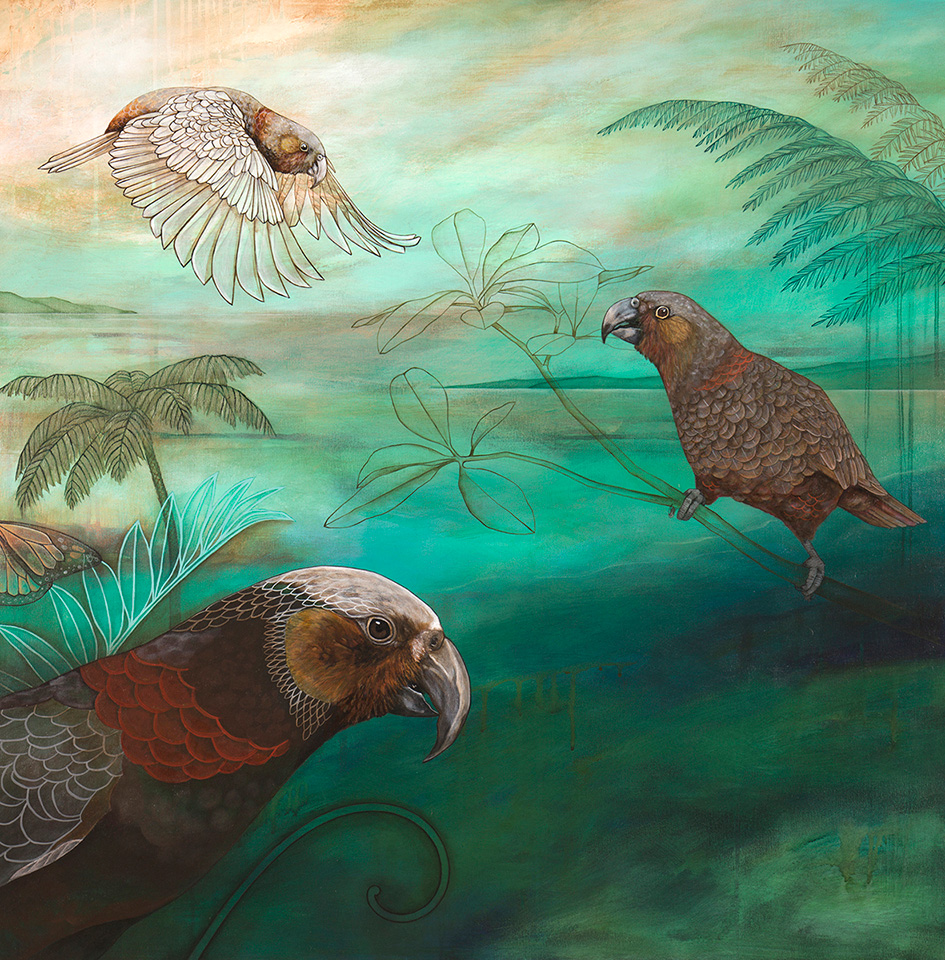 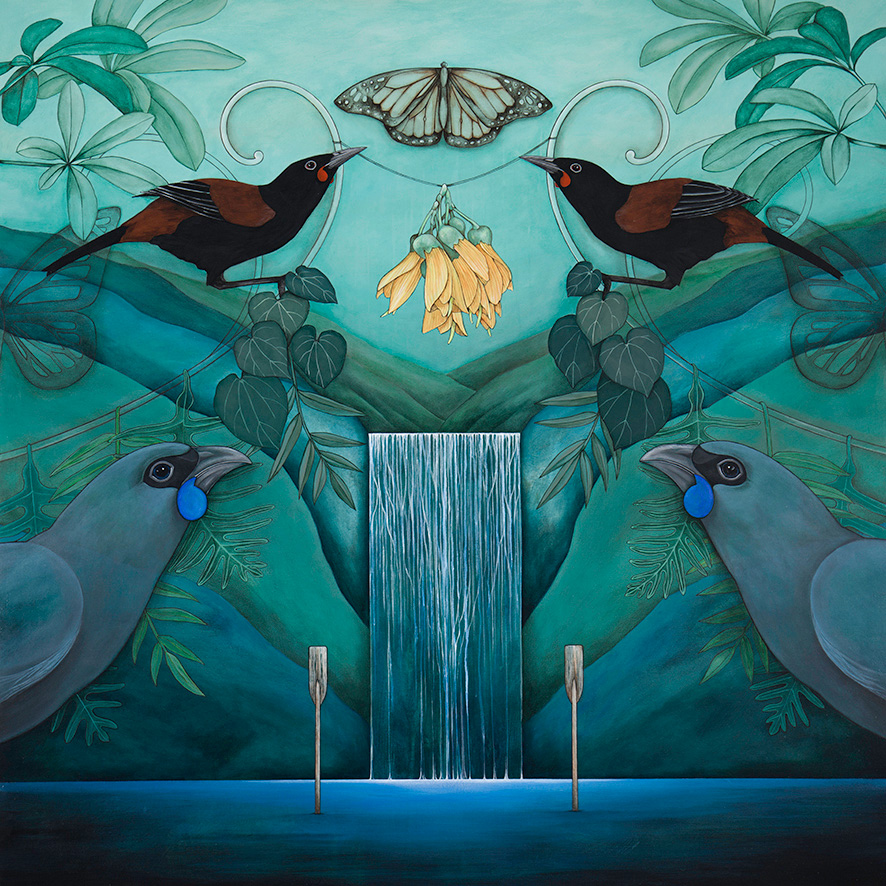 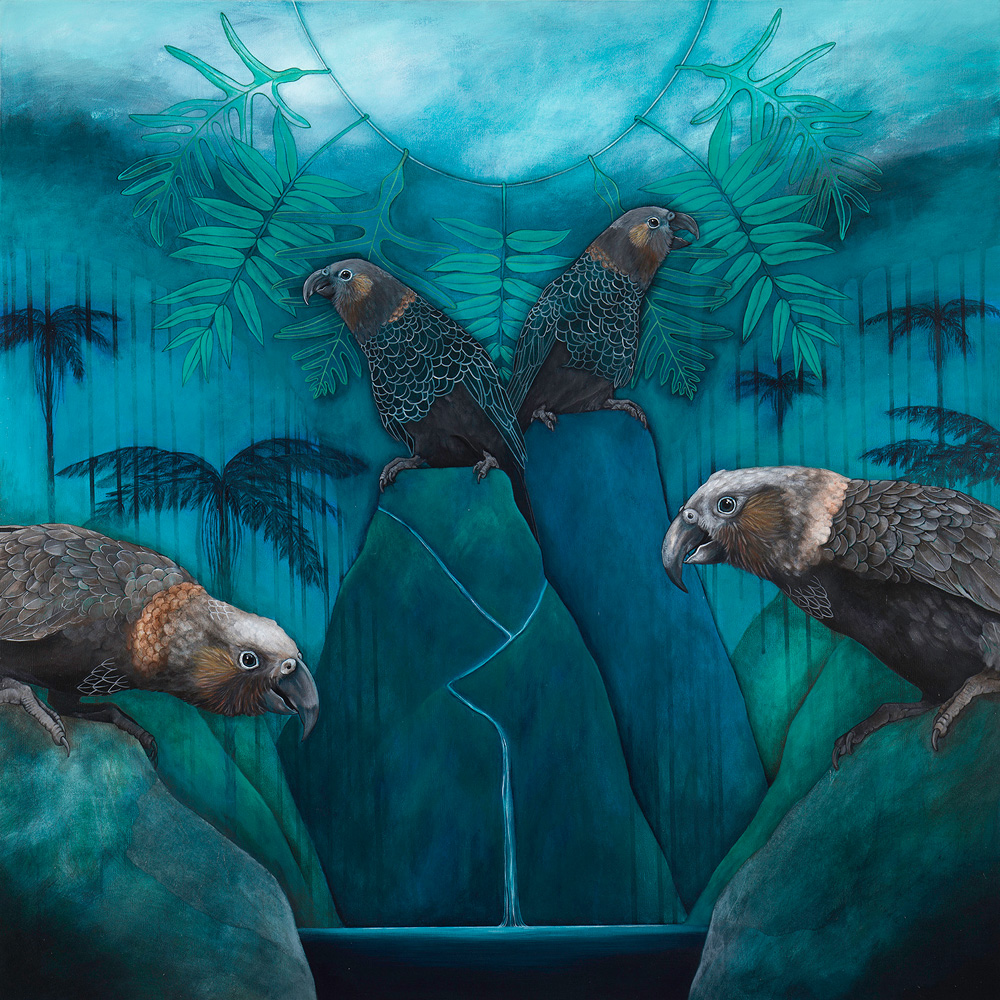 Tui and the Monarch Vase AW