Sam is of Scottish, English and Ngati Rahiri descent. She currently resides on family land in rural Helensville, North of Auckland.

Sam graduated with a Diploma in Textile & Design at Wellington Polytechnic in 1992 and after completing a post-graduate course in Nelson, she embarked on producing woodblock prints and small canvas blocks (depicting native themes) to supply a selection of galleries in Aotearoa/New Zealand. Sam also worked in the film industry in the art and costume departments.

Sam exhibits regularly with printmakers of Toi Whakataa Press, a printmakers collective that is made up of strong and established individual printmakers. Sam describes her work as very graphic. She uses the print technique of woodcut to express and convey movement and emotion with line. Sam’s images depict a mix of Maori mythology and narratives from New Zealand history, often placing them into her immediate environment or into landscapes, with which she strongly identifies. 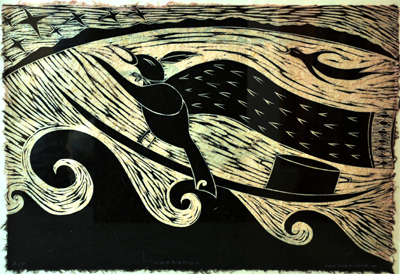 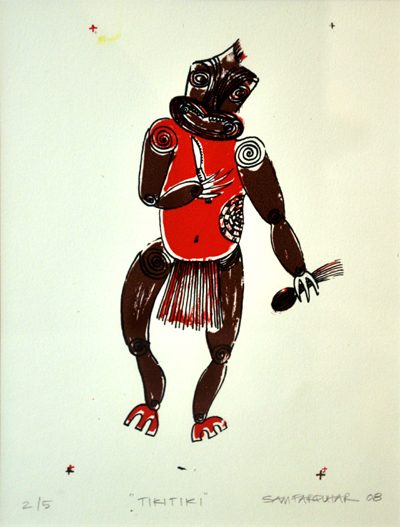 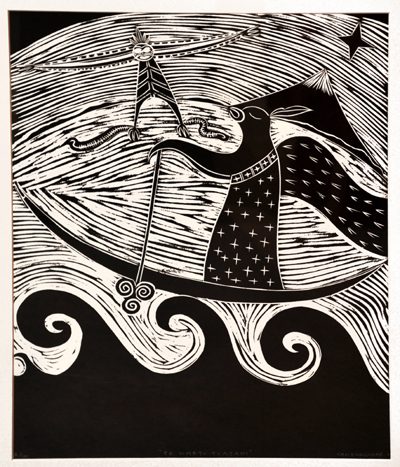 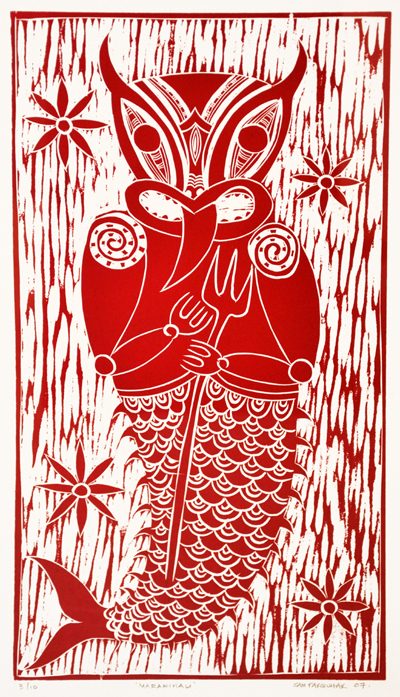 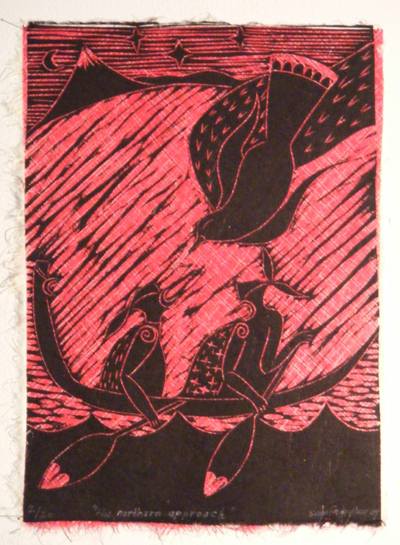 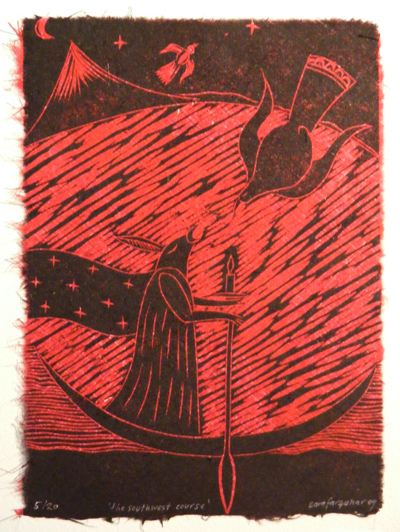 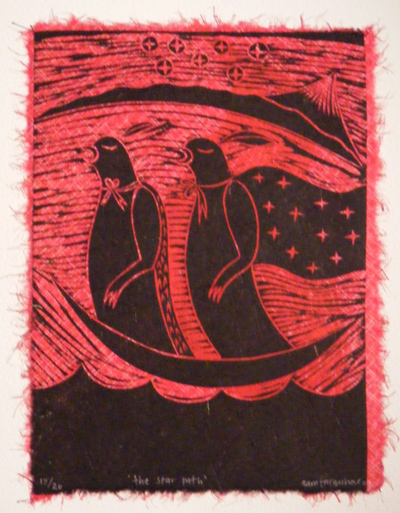 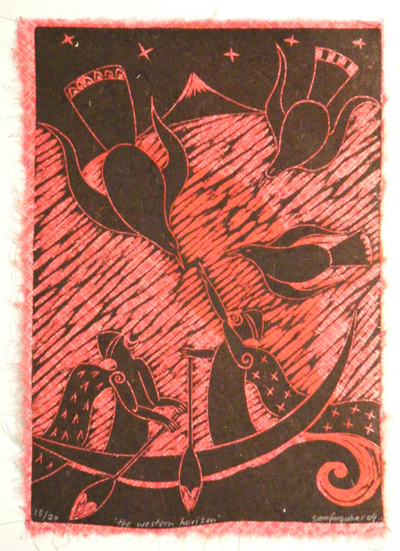 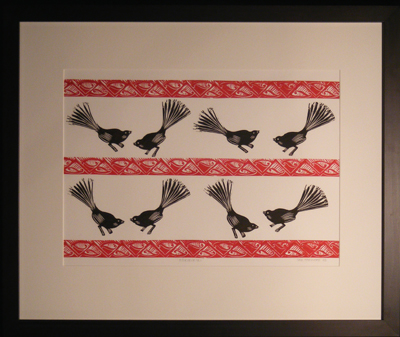 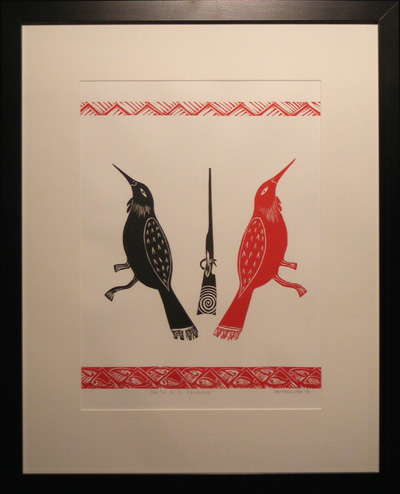 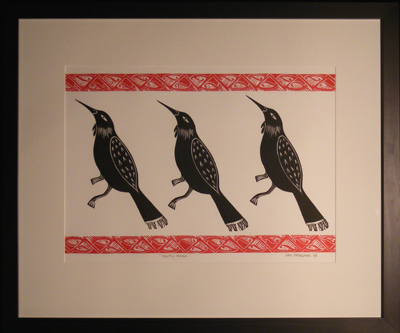 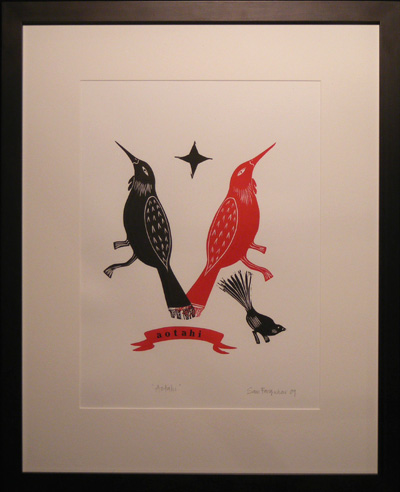