Teraimana Tahiata was born in Hamilton, New Zealand and is named after his Tahitian father. His mother is Maori, of Ngati Kahungungu decent. Teraimana was raised in Australia and attended most of his high school years and TAFE in Queensland. A skilled performer and dancer, Teraimana’s journey to New Zealand allowed him to explore his passion for whakairo (carving) after realising his artistic woodworking talent and skills.

Teraimana studied whakairo for three years at the New Zealand Maori Arts & Crafts Institute. He then spent another few years completing his Diploma in Art & Creativity in Wellington, including an Honours year majoring in sculpture . He is currently living in Rotorua, where he and his fiance Lisa are raising two beautiful daughters.

Most of Teraimana’s works are a mix of traditional and contemporary styles. He firmly believes that the full traditional carving should be kept for the culture itself, preserving it only for pieces specifically designed for marae and art designed for Maori. He has an extensive knowledge to draw upon, the most challenging aspect of his work is balancing his time.

The most satisfying aspect of being an artist for Teraimana is being able to give people works of art that tell a story about their whakapapa (genealogy). His knowledge of tribal styles, bases and an eye for detail has afforded him the ability to design whakairo and taamoko for Maori that combine traditional styles of their own whakapapa.

Teraimana has created pieces for local galleries and museums and aims to increase the availability of his works nationally. 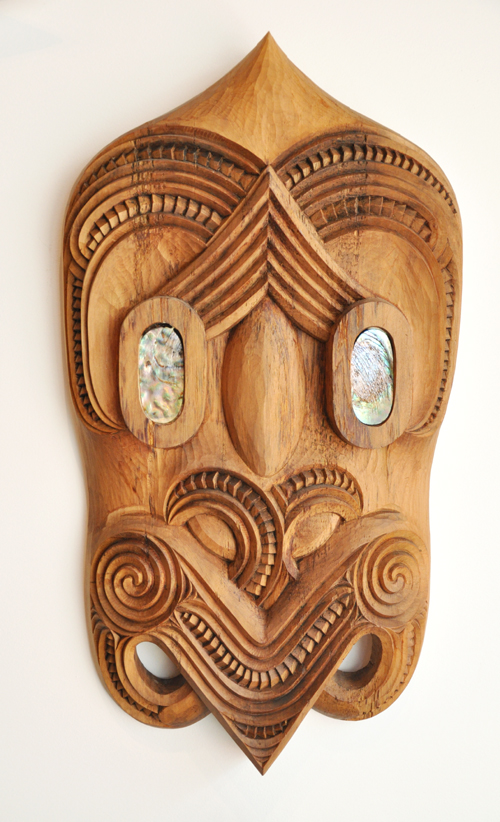