Wi Taepa is renowned for his ceramic work. His imagery evolved from his Maori heritage and the designs of the past and has reclaimed and transposed little known processes to his work.

Taepa does not use a potter’s wheel but instead shapes the clay by hand to make his vessels and sculptures. He uses coil, pinch and slab methods to create form, texture and surface patterning in his work. Wi first used traditional Maori designs to decorate his vessels, which was also a way of expressing his cultural heritage. However, over time while still drawing from his cultural tradition, Wi has redesigned kowhaiwhai, tukutuku and weaving patterns to suit the development of his ideas and philosophy.

Taepa works with a variety of forms, including gourd-shaped pots and life-sized figures. His works are held in private collections in the United States, England, Europe, Africa, and Samoa. He has exhibited widely in New Zealand as well as in the South Pacific, England, the USA, and Zimbabwe which he visited in 1995 as part of an extensive research trip.

I was looking for another medium than wood for carving. I found it in clay, the body of Papatuanuku. 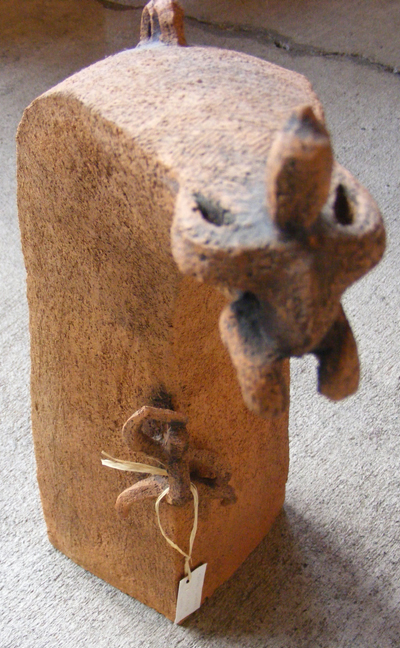